I haven’t posted in a while, but I have been busy.

I set up a Photo Gallery using the SmugMug.com tool. It was easy to setup, looks and works well. It includes a shopping cart. I like it – except for the cost part. My demo runs out and I have to send them money in about a week. I’m doing the whole feature set which runs around $160 a year. But I found a 20% off coupon – I did a google search for SmugMug and found coupons all over the place. It also hooks into Lightroom so I can manage the gallerys right from there. In fact you can get the 20% off if you hook up via the Lightroom interface. That’s nice. I pointed the ExquisiteLines domain at it, so it is the front end now, with a link to the blog. I guess that means I’m committed.

And I’ve been playing Photoshop. I found a fun technique on Kelby Training on Painting with Words, based on the ASICS commercial. 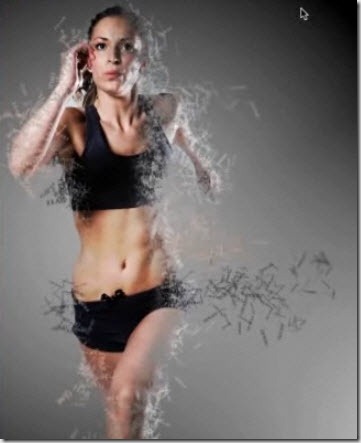 It looked fun so I’ve been playing with it. I can’t say I’ve built anything amazing, but I’ve learned more about paint brushes and more blending practice.

Tonight I gave up the whole word thing and just played with a couple of textured brushes and a textured background. Here’s what I came up with. 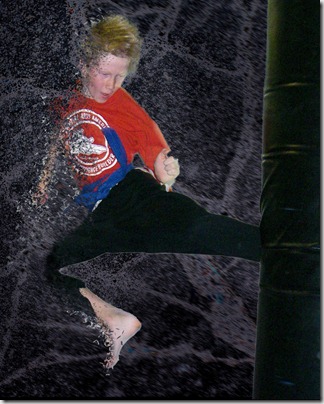 Brilliant, no, but kind of fun.

Keep in mind – the blog is my work book – a record of my explorations – the good stuff and the not so good stuff.  What ever I learn from.  The gallery is where the high end stuff will live.

I love Vincent Van Gogh. I love his passion as expressed in his painting. Powerful, brilliant, unique. But I didn’t really appreciate the man until I read a compilation of his letters to his brother Theo. He wasn’t just a brilliant artist – he was a highly intelligent and tragically honest man.  I like people like that. Either because I’m like that or, because I think I’m like that. 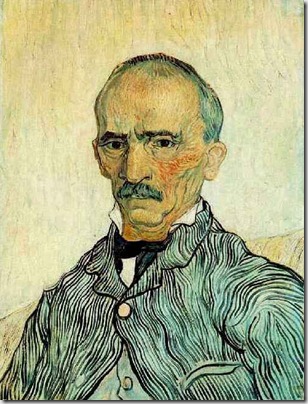 I picked the compilation up tonight, opened it and started reading and found a great insight into what he was doing with color – how he expressed what he felt about his subject by the color choices he made.

Here is that section – from ‘The Letters of Vincent Van Gogh’, edited by Mark Roskill:

… instead of trying to reproduce exactly what I have before my eyes, I use colour more arbitrarily so as to express myself forcibly. Well, let that be as a matter  of theory, but I am going to give you an example of what I mean.

I should like to paint the portrait of an artist friend, a man who dreams great dreams, who works as the nightingale sings, because it is his nature. He’ll be a fair man. I want to put into the picture my appreciation, the love that I have for him. So I paint him as he is, as faithfully as I can, to begin with.

But the picture is not finished yet. To finish it I am now going to be the arbitrary colourist. I exaggerate the fairness of the hair, I get to orange tones, chromes and pale lemon yellow.

Beyond the head, instead of painting the ordinary wall of the mean room, I paint infinity, a plain background of the richest, intensest blue that I can contrive, and by this simple combination the bright head illuminated against a rich blue background acquires a mysterious effect, like a star in the depths of an azure sky.

In the portrait of the peasant I again worked in this way, but without wishing in this case to evoke the mysterious brightness of a pale star in the infinite. Instead, I think of the man I have to paint, terrible in the furnace of the full ardours of harvest, at the heart of the south. Hence the orange shades like storm flashes, vivid as red hot iron, and hence the luminous tones of old gold in the shadows.

On, my dear boy… and the nice people will only see the exaggeration as caricature.

You need to check this out. I found this in a post on Chase Jarvis’ blog.

It is a set of moving images shot with a Phantom camera, which shoots at 1250 fps in 1080HD.   The subjects are professional women tennis players – and it is amazing. I’ve watched it a half dozen times – so far.

Here’s the cast of characters:

(who is John Loengard? He was a LIFE magazine photographer. Check out this post by Joe McNally who worked for/with him)

He took some amazingly beautiful images. I loved the portraits of Georgia O’Keeffe.

She was so stunningly graphic as a person – simply in the way she dressed and carried herself. Of course it doesn’t hurt that she was photographed by some of the best photographers of the age.

The following are quotes from his article that honestly and clearly define what it means to make a photograph.

This quote reminds of something Jerry Garns, the first photoographer I worked for told me: ‘If you want to take good looking pictures of people, take pictures of good looking people’.  I’ve always remembered that.

No photographer can go out today and take a photograph that sums up the Obama Administration. Photographs don’t generalize. But a detail, when photographed, often conveys a sense of a whole. A finger, the man. A leaf, the tree. A curbstone, the city.